Start a Wiki
The Wehrmacht were the armed forces of Germany, with 20,700,000 troops in 1939. They wore gray uniforms during the war, but in the North African Campaign, they wore tan uniforms, and in the war in the forests, they wore green.

The Wehrmacht was founded in 1935, two years after the creation of the Nazi Party regime in Germany. The Wehrmacht was well-equipped and well-led, with its generals usually being in their mid-fifties and having experience in the Great War. The Wehrmacht was made up of not only German, but also Czech, Austrian, and Sudeten troops, who were part of "Greater Germany" (this does not include the Slovakian Army, an independent army that fought for the Axis puppet state of Slovakia). Almost 21 million young men were conscripted into the army, from mixed ethnic groups, except that none could be Jewish or Polish, two groups that were hated by Adolf Hitler. The German Army's first military campaign was the Invasion of Poland in 1939, although its first territorial campaign was against Czechoslovakia, first taking the Sudetenland and then taking over the rest of the country. The Wehrmacht crushed the Polish Army with relative ease, but their campaigns became harder when they invaded France in 1940. Their campaigns in 1940 cost them over 200,000 casualties, either killed, wounded, or captured. By 1941, they lost millions during Operation Barbarossa, the Invasion of Yugoslavia, the Invasion of Greece, and the Western Desert Campaign. The German Army's greatest moment of that year was probably Operation Typhoon, when they had reached the gates of Moscow, and inflicted 1,280,000 losses on the Red Army before they were forced to retreat. The Wehrmacht commander-in-chief, Walther von Brauchitsch, was relieved of command by Hitler, who took over his position, despite little military experience. The Wehrmacht suffered from then on, with only limited successes, and those were on the Eastern Front, where their losses piled up. The Germans fought a brilliant defensive campaign during the Italian Campaign, and Operation Overlord, and nearly won the Battle of the Bulge in 1944-1945. The German Army began surrendering across Europe in May 1945, the last battle occuring on May 12. 5,530,000 Wehrmacht soldiers were killed in action during World War II. 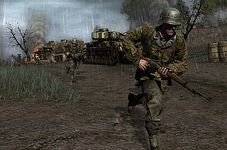 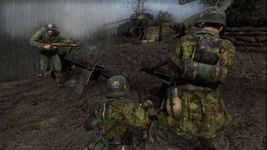 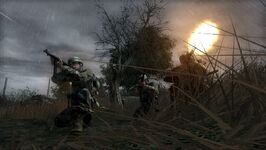 A German general supervises the crossing of the Niemen River, in Russia, July 1941 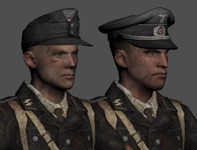 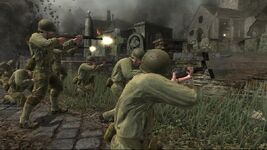 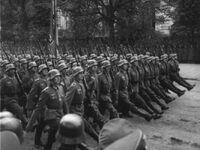 German troops invade Poland
Add a photo to this gallery
Retrieved from "https://secondworldwar.fandom.com/wiki/Wehrmacht?oldid=4274"
Community content is available under CC-BY-SA unless otherwise noted.